Advance tickets are strongly recommended,
and available from www.gkids.tv/intheaters
Posted by tomm at 2:41 PM 1 comment:

Review
One of the things that’s magical about Miyazaki’s strange fables is the fact that they are so rooted in Japanese myth and mindset, and so – for Westerners – offer an insight into an alien culture that’s endlessly fascinating. This 2010 Oscar-nominated cartoon from director Tomm Moore accomplishes a similar feat, nailing the peculiarities of Irish culture in a way that puts it alongside The Field and The Commitments on the short list of films that neither stereotype nor patronise the country.

The plot – concerning the creation of The Book Of Kells, the astonishing illuminated Bible that is a treasure of the nation and a masterpiece of medieval art – mixes Christianity and paganism in a way that might seem out of place anywhere but Ireland, where devout belief and fathomless superstition have always co-existed. Young Brendan (Evan McGuire), who leaves the safety of his monastery home to brave the wild woods in search of the berries and creatures needed to create ink for the Book, meets mischievous sprite Aisling (Christen Mooney) but also the more sinister ancient gods and the threat of Viking invaders after the monastery’s treasures.

Also typically of Ireland, much of the film’s conflict comes from within the community, with stern Abbot Cellach (Brendan Gleeson) clashing with the more free-wheeling Brother Aidan (Mick Lally). The former’s determined to focus on the abbey’s defences, while the latter keeps his focus on the art of illumination. And the art is astonishing – real snippets from the Book are shown, and its motifs and themes echo through the film in tiny details, especially in the scenes where Aisling introduces Brendan to the glories of the forest. In contrast, the Viking invaders are drawn in slashes of smoky black and blood red, quick touches of CG enhancing their sense of invasion, of otherness.

Brendan’s quest mixes absurd humour and adventure, naïve art and intricate detail, in a way that could seem haphazard or chaotic but which is rigorously thought out – even in the traumatic detail of a climactic Viking attack. The result is a story that will enchant children but also offer something fresh and exciting for adults, the closest thing we’ve seen to a European Miyazaki movie.

Verdict
Unlike anything else you’ve seen, and very much worth seeking out, this is a unique and beautiful creation.

i continue to be amazed at the travel oppurtunities i'm getting as as result of making a film - and we wrapped more than two years ago!
The Uk release is just starting in cinemas - check out the Cambridge Film festival this Sunday and then around the Uk plus I'm looking forward to seing this months issue of Empire and Total Film - just being mentioned in there as a new release is going to be a kick.
This Saturday I start a whirlwind promo tour for the DVD and bluray - beginning in San Fran with some school visits and the Film Festival screening then onto Portland for a screening there after its amazingly long run in that hipster haven, and then onto Ny for the ComicCon.
Posted by tomm at 8:37 PM 1 comment:

Just checked out Remi Chaye's sketch blog from Mongolia.
Of all the amazing draughtsmen who I had the privilege to work with on Kells I think Remi
may have been the most unsung (and underutilized) hero.
He did plenty of beautiful storyboards and layouts but sadly spent
most of his time doing Excel sheets and tracking the production.

I urge one and all who wander this way to go check his amazing drawing skills.


Heres some nice footage of the late Mick Lally recording some lines from The Secret of Kells as Brother Aidan,
many thanks to screenwriter Fabrice Ziolkowski for providing the footage.
Posted by tomm at 8:43 AM 3 comments:

Cambridge film festival 26th Sept is screening Kells just ahead of the Uk release....
Posted by tomm at 8:07 AM No comments:

Thanks "Christine" for highlighting this cool cosplay and toy work based on Aisling and Pangur Ban!
Kudos to the lady who did these :) 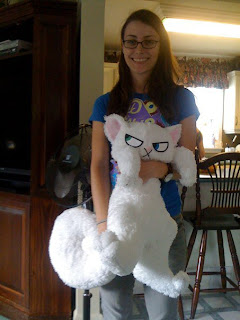 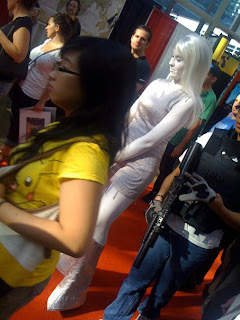 Big thanks to all in Slovenia who made the premiere there such a success,
especially the very hard working and dedicated team of Rok,ursca and igor .
I had a lovely time , love Ljubljana a beautiful city and
it was pretty amazing to even be a guest if honour at the residence of the
Irish ambassador to Slovenia .
Posted by tomm at 10:43 AM 1 comment:

Back from brazil since sunday who woulda thunk making a cartoon would lead to dinner innthe house of the Irish ambasador to Slovenia? Mad . Good to see igor again I have a sketch of him somewhere of him in conversation at Zagreb 2009! It's all good .
Posted by tomm at 3:19 PM No comments: