The movie will be distributed by Disney in Ireland branded as Buena Vista International (Ireland). No distribution is confirmed in US or UK .
Release in Ireland is March 2009.
Our sales agent Celluloid Dreams is in charge of the territories outside the co-production countries of Ireland, Belgium and France.
Benelux distribution is handled by Kinepolis.
French distribution by Gebeka.
Release in France and Benelux in February.

The comic book is published by Glenat in French in two hardback Albums. Also planned to be published in Dutch by Glenat.
No English language publisher confirmed yet .

Stay tuned for developments but thats how it stands at present.
Posted by tomm at 12:58 AM 5 comments:

he saved me from the vikings when I was a baby 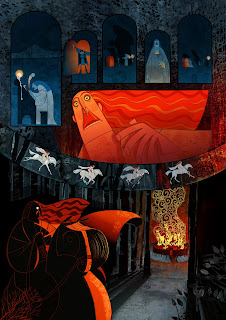 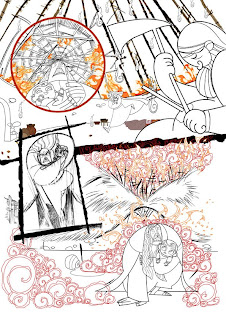 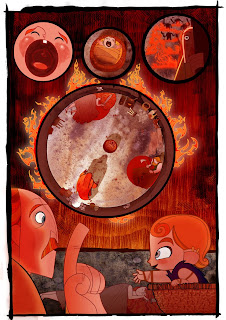 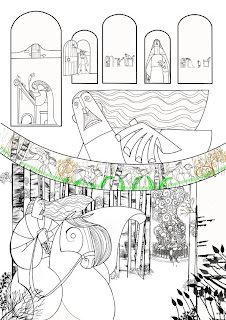 Full time blasting into getting the comics done now. Cant colour them all myself so Marie Thorauge is helping out there, I'm "inking" them partly with pens on paper and partly in Flash.
The deadline is looming so its heads down time.
People may remember I posted a different version of one of these pages a while back - the story changed slightly since then, so the Aisling wolf cub had to be replaced with a younger Cellach.


Also working on the poster for Disney. They are taking a very different marketing approach to the French distributor , Gebeka, so are cutting a different trailer and doinga different poster.
We are nearly there, I am learning a lot about marketing!
Posted by tomm at 2:49 AM 7 comments: