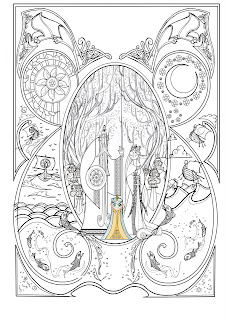 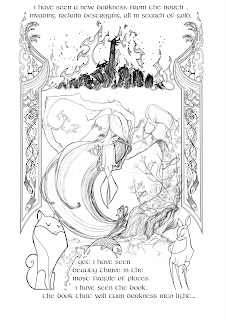 Heres some finished black and white artwork from the little bonus prequel at the start of the new comic.
I am doing the drawing and writing and the esteemed Mr. Ray Forkan will do the colouring...
Posted by tomm at 1:26 AM 2 comments:

This is where the action is at these days folks...a simply superb film by Adrien Merigeau that i am proud to say has been produced in house by and large here at Cartoon Saloon.
Cartoon Saloon - home to hipsters.
Well asides from the nerds like me that is...
Posted by tomm at 1:21 AM No comments:

Am busy inking it. 6 pages . All full page spreads. I think it will be nice.
Pity theres no English language publisher as of yet.

Got invited to Zagreb and to Singapore festivals lately.
Sweet.

Had a screening for school kids in IFi last Monday, they asked a lot of the same questions the kids in France did. 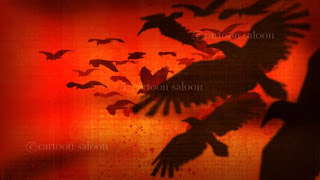 All round cool cat Todor Polson has been blogging lately.
Stuff from his brief but inspiring stint on Kells but also his recent short The Ginger Bread man, with an animated ME in it.
Sure how can you beat that?
Posted by tomm at 5:38 AM 2 comments:

Hey it's really sunny and beautiful here in France hooray
Posted by tomm at 8:50 AM 1 comment: 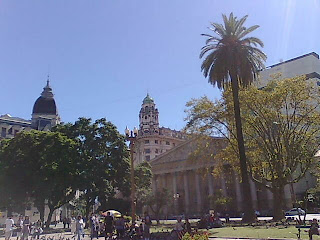 Latest report from Traveller fraggle Twomey....
"Funny in the Q&A after the film yesterday I was saying something about the art direction & the translator said 'Rod Stewart' and everybody oohed &aaahed"
For my part I am in Dublin Airport with the family on my way to Auvers and Beauvais....its raining here...and over there it seems ...
But check out the photo Nora sent above!
Posted by tomm at 3:14 AM 3 comments:

another full house in Buenos Aires 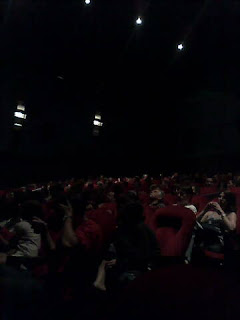 traveller fraggle Twomey reports some great feedback from the young audience today in BA!:)
Posted by tomm at 1:45 PM 6 comments: 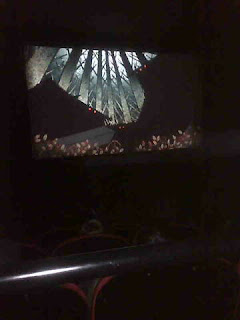 Nora just sent me this image from the screening of Kells in Buenos Aires.
She says it went down well there.
I could'nt make it because I'm down to the wire with getting the second comic done and am off to
Auvers tommorow for more screenings around Paris suburbs and the Beauvais festival too.
Its brilliant that our movie is being seen all around the world and that kids are discovering it at festivals.
I'm so glad we have been able to offer something a little different to the mainstream and have it seen.
Nora will take the movie to Montevideo in Uruguay this week also so its getting a little South American outing already :)
After all plenty of drawings in the movie were made in Brazil...I hope the crew there get to see it on a big screen soon!
Posted by tomm at 8:57 AM 6 comments:

Of all the nastiness in the animal product industry , foie gras has got to be one of the nastiest.
Posted by tomm at 7:34 AM 1 comment:

In shops now! The music of the movie...by Bruno Coulais and Kila!
Posted by tomm at 9:23 AM No comments: