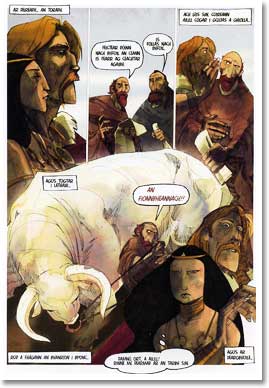 Just a quick link to the newly published version of An Tain.
It was a long time in the making, with Barry Reynolds whos one of the main designers here on the film (and long-time Saloon collabrator) drawing it and Adrien Merigeau one of our Bg artists colouring it. Its really putting the two I did to shame! Check it out on the link above.
Hey why don't you buy one!!!
Posted by tomm at 8:16 AM 4 comments:

Thief that never gave up 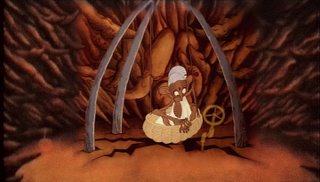 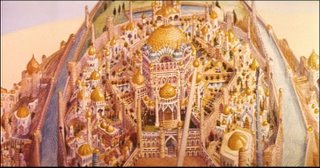 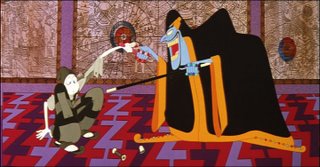 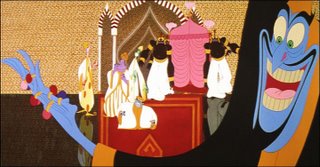 just posting to say boy howdy.
Weathers good and I can feel summer comin' so its all good.
Spent the day toolin around in the car and walking in the forest in Jenkinstown with Ben and teh madra dana Cu-dog.
The forest sequence is next on the agenda for a final pass so it was inspiring - bluebells are sproutin and stuff.
Li and I found a great new house last weekend with a pottery attached for her to do her ceramics so its all good.

The production is having trouble finding layout crew but we have several solutions and several leads too so hopefully it'll all come together.
We had a very productive production meeting on Friday the first one in our swanky new meeting room with big swingy chairs !
Narrowing down the voices now - its a tough decision between so many talented kids but we need to decide now.
We had call-backs on Thursday for Brendan and auduitioned for Aisling too.
Its a giid problem when they are all so talented and its a tough choice!
Kairen Wailoch helped out a lot and Nora , of course, was brilliant with the kids, I'm learning a lot about actinga nd stuff at the moment too.
Finished the Robert McKee book "Story" and now I'm mad to write a new script!
Gonna start with some comics ideas that have been bumping around in my noggin for a while and post those here too.
The lads in Barley films in Dublin gave us some good note son the animatic and thats good to keep us focused and to have an outside opinion.
Didier and Fabrice will have notes for us soon too I guess....

Just gettin used to my new contacts too - its mad having peripheral vision again! Nice one.

Anyway I found this guy Garret Gilchrist who is restoring one of the unsung masterpieces of animation - the Thief and the Cobbler.
Dick Williams has always been such a huge inspiration to myselfa nd all of us here.
I met him in 2002 at his master class in Denmark, showed him some old stuff from the film, and he was very encouraging.
The documentary "The animator who never gave up" that i saw in college was a big inspiration too over the years, the passion he had for animation is so infectious.
I LOVE the design style of the Theif too ...
I'll post some pics that were on this forum about the restoration -http://www.originaltrilogy.com/forum/
I even had a picture of Dick williams stuck up at my desk to symbolically kick my ass when I was slackin! Fabian has my old desk now and he's got Dicks severe gaze staring him down now!
BTW Fabs is doing some magic stuff with the kids playing hurling at the moments some nice 2d doing what 2d does best kinda stuff.

Anyway check out the gorgeous artwork from the thief over on that forum.
25 years in the making - all on ones, ah ye all know the legend I'm sure!
But thats a heck of a cartoon - some of the detail seems insane especially as its from the days of handpainted cels and so on. I can't wait to see a good quality version of the scratchy old workprint that everyone copies in animation school!
Someday I hope the powers that be will release an official classy restoration.
Until then its mighty that Garret is doin' this important work.

well, finally moved studio yesterday - quite emotional in some ways.
still fresh start, spring clean, easter time rebirth , all that stuff.
so tuesday morning I'll be going to work in the new place and it'll be the first time in 6 years not to
go into st.josephs.
meemmoorieeees

anyway, good week, we had auditions in dublin at the magnificent offices of barley films and then also in Galway, found quite a few talented potential youngsters for the roles.
Its reassuring when the choice is so difficult .
amazing kids really.

okay just postin a short one, 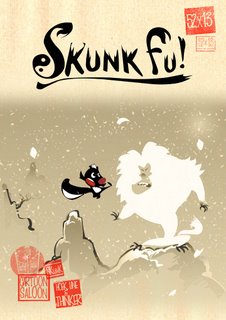 I'm just posting this to put out an APB for experienced Flash crew for Skunk Fu.
We are looking for experienced crew who know Flash ASAP, and I noticed a some of the nice folks who left comments here are classy Flash-guys and stuff, so if ye know of anyone contact -

info@cartoonsaloon.ie - Jordan Gaucher is the line producer and he's the man to talk to.

all the pretty pictures

This guy is my new hero.
So many styles , all so well conceived and executed.
When I grow up I wanna be like that, except hes younger than me!

This is nothing to do with the production of the film - except that I'm thinking of it now when I should be working on the boards for tommorow before Jeremy comes down.
Anyway I was recently thinking of how the amount of available artwork and info about artists for artists has exploded in the last few years.
I remember in school, the best artists I knew were Stewie and Aidan (in fact they are STILL two of the best artists I know but thats another story), then in college there was all these new artists and my head went into a spin seeing all their stuff and trying to measure up. Then I kinda found my place or whatever, and so on... but now with the proliferation of blogs and websites like www.drawingboard.org and www.drawn.ca, its just mind blowing the amount of brilliant artwork thats so accessible. In fact it can be quite distracting and overwhelming!
Anyway its just a phenonomenon (mehnawmanaw) that I've been really aware of lately since I started the blog and starting going to others blogs.

Overall its great - inspiring , interesting, informative, but it requires real discipline not to get sucked in to just surfing and drooling at all the work! 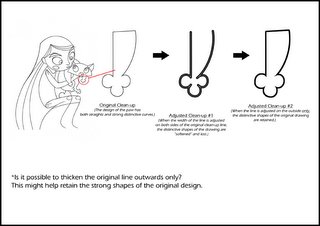 just to give you an idea of how we are communicating with the guys in Belgium about the computerised line thickening system.
we are still testing it.
Martin did up this sheet as well as a number of others to clearly explain what we were talking about.
ahhh international co-pros!
Posted by tomm at 4:28 AM 2 comments: 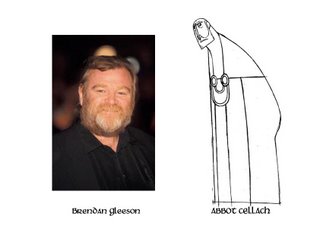