In the previous post i have shown some examples of the final clean up model sheets for some of the main characters.
The bold outline on these is done in photoshop. The Ume Brothers in digital graphics in belgium are still working on the software to automate this process - I'll post the first successful test here with glee - its going in the right direction but the colour lines are tricky - once we make the outline bold, they become very obvious therefore any pops or changes ion the inking become very noticable, expecially presumably on the big screen.

Anyway these drawings - roughs by Barry Reynolds, clean up by martin Fagina nd colours by Lily Bernard are very handsome in my opinion and I hope we can get that look on screen in motion.

We have had a hard few weeks but the people who are hanging in here are getting the style and thats great. Jean Morel has animated a nice scene where Brendan first sneaks into teh scriptorium and we have made a quick pre composist with teh clean Bg and had it playing on teh tv in the studio the past few days - its nice actually to see the imagery on a big widescreen tv as apposed to a monitor - gives a sense of how it will be seen by the audience eventually.

Telman is doing soem cool layouts with teh abbots room and Nik is tackling the mammoth task of teh goose chase at the start of the movie - establishing all teh key locations at a breakneck speed with loads of comedy ...hes making a nice job of it too.

It looks as though we'll have to delete a sequence to get the running time down to 75 minutes again.
painful.

At any rate I'm just about finished the last of teh boards - the hopefully dramatic Viking attack on Kells , the climax of the film and all in - shhhh - PERSPECTIVE!
We are trying to throw extreme perspective into teh dramatic and scary shots to really jolt the audience with a sudden shift - teh far background remains in teh medieval style of the rest of the movie but suddenly familar things will be coming towards the camera.
Its a bit of an art direction risk, but seems to work in the scene illos we've done so far and cut into the movie.
And its a bit of craic to try and draw in perspective again after walloping everyone over the head with the super flat style.

I'll post some pics soon to show the effect.

Next week I'm off on my hols for a day or two in Cork. Staying in Cafe Paradiso - one of the best veggie restaurants in the country - and then off to Cape Clear in the gealtacht for a bit of the wild west experience before the summer evaporates on me.
Can't wait. 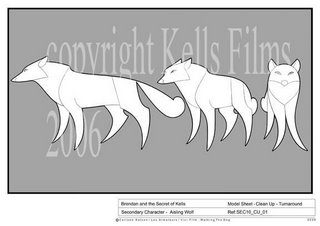 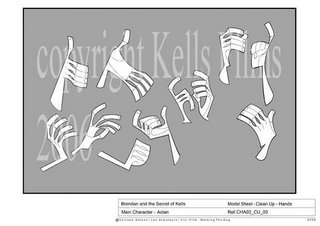 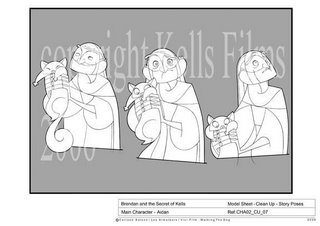 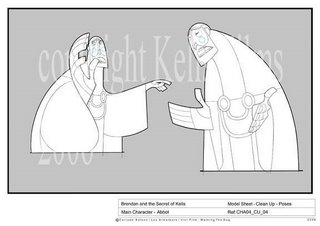 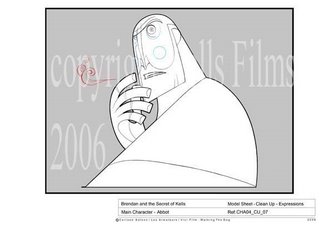 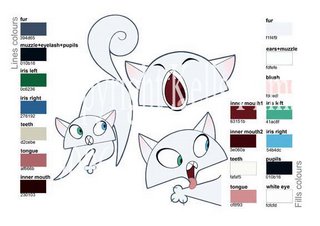 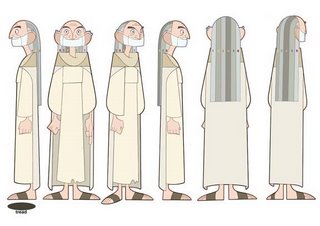 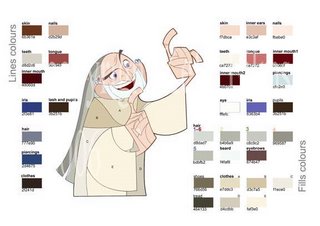 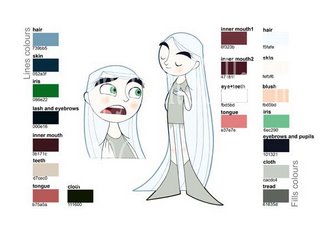 I added a link to a blog I was only just made aware of started by Aidan Harte upstairs!
Its a Skunk Fu Blog and full of awesome art from that show.
some real talent on there.
hoo yeh.